There are many reasons why strip construction is my go-to strategy for afghans. The obvious reasons are clear: It turns a large project into one that's compact, portable, manageable and adaptable.

Strip construction has other advantages as well, like the fact that it's packed with payoffs from beginning to end. The initial payoff occurs when the you cast on the first strip and soon after you get another when that strip is completed. 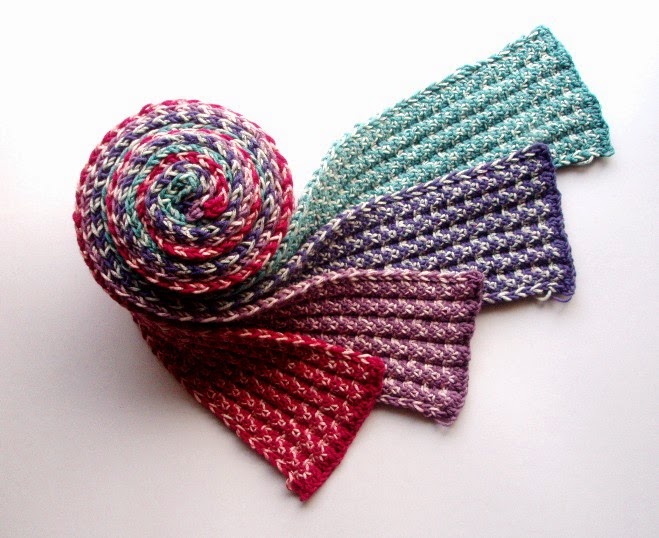 Strip construction saved my patootie when it became obvious the original purple combination was going to be troublesome. Yes, I had to reknit an entire strip, but because each strip is an independent component, the rest of the work remained untouched and intact. If this afghan had been constructed in a traditional fashion, I would have had to rip and reknit the entire thing, because the purple band was the first one I tackled. (The photo above shows the fluted front and the one below shows the ribbed back. The colors are off kilter, but you get the gist.) 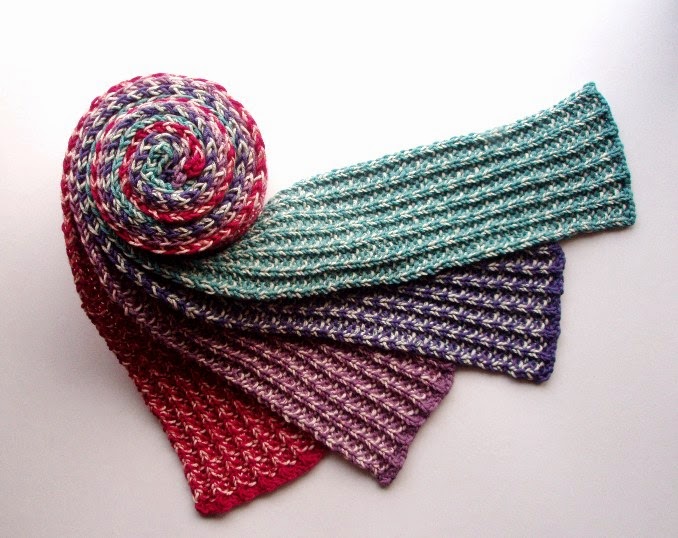 This incremental approach works well for me. Dividing a large and potentially overwhelming project into smaller components makes it easy to stay motivated. I can cheerfully plug away at the strip I'm working on, because when it's finished, I get to cast on for the next one. This feeds my desire to begin something new, helps keep startitis under control, and the steady flow of small starts and finishes makes forward progress look and feel more tangible.

Now that the purple strip has been reknit, this version of Twegan, the reversible fluted rib afghan is well on its way to completion. Bound off and lightly steamed to ease the stitch, the strips are ready to assemble.

In any project, the assembly stage can be daunting. To maintain momentum, I'm breaking it into small steps. This makes it more manageable and helps me fit a large task into the small, sporadic slices of time left over at the end of my overstuffed work days.

I'm eager for this afghan to come together, both to see the finished result and because plans for another are already on the drawing board. For just one moment, however, I'm pausing to relish the visible signs of progress and interim rewards.

UPDATE
The pattern for Twegen has been released: To view the description and purchase the pattern, click here. To read more about it, go to Pattern | Twegen Reversible Afghan.

Now that autumn has arrived and the leaves are turning, fall color combinations are on my mind. After a slow start, the trees are now ablaz... 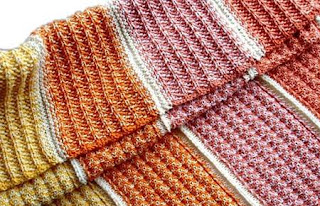