Organizing the Stash: The Plan

January is traditionally the time when we vow to reduce clutter, get organized, and gain control over our lives and surroundings. For many knitters (including me), that means the yarn stash is a prime target.

The good news is that thanks to some diligent stashbusting, my yarn has for several years fit into its designated cupboards and drawers. The bad news is it's been plagued by a persistent problem: It's been stored in various plastic bins of different sizes and brands acquired over time. 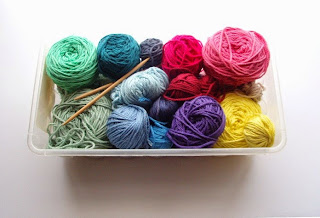 As a result, a number of bins that fit just fine in the previous storage areas were now just a smidgen too deep, so they had to be placed sideways on cupboard shelves. After years of use, some bins and lids were beginning to crack with age, while the mismatched sizes meant stacking bins was a precarious business.

In short, my stash was organized, contained and functional, but it was far from efficient. Retrieving or restashing yarn involved a frustrating juggling act, and the entire setup hogged far more space than necessary. Tools such as the yarn winder, swift, blocking wires and mats often sat out because there was no convenient place to store them.

I was determined to solve these problems, but first I needed a plan. I carefully measured (and remeasured) the primary built-in cupboards that flank the fireplace and smaller ones in the sideboard, where most of the yarn resided. I created only a rough inventory of yarns on hand, because it was evident more efficient storage would allow the same amount of yarn to fit into less space. 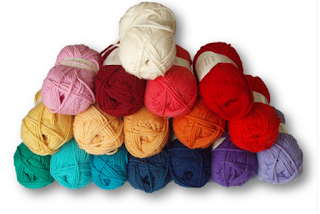 Then the hard part began. To find the right containers, I did lots of research, asked for advice from the ever-helpful Stash Knit Down group on Ravelry, and read tons of online reviews. A number of perfectly viable containers were eliminated from consideration because the dimensions were wrong for the spaces in question or the retailer didn't provide actual measurements.

Eventually, I narrowed my choice down to bins from The Container Store. They were clear, so I could readily see the yarn inside, and they came in a range of sizes. After more measuring and lots of calculations, I gravitated toward two options. 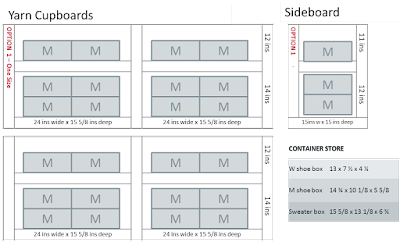 Option 2, on the other hand, utilized three different sizes (a mix of women's and men's shoe boxes, plus sweater boxes) and offered significantly more flexibility. 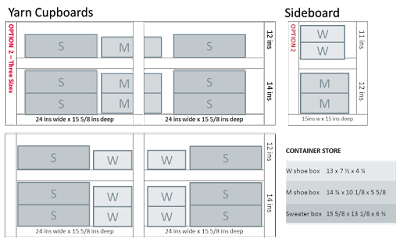 Once the details started to come together, I was eager to set things in motion. Ordering a boatload of containers in one fell swoop represented no small investment, however, so I decided to slow my roll, carefully consider the two possibilities, and think through the pros and cons of each. I also took the time to review my stash again, focusing on things like the number of sweater quantities and heavier weights yarns that lurked behind closed doors but which might require larger containers.

After much agonizing over options, alternatives and quantities, I pulled the trigger on Option 2. The outcome was even better than I initially envisioned (a rare thing indeed), so next week, I'll share the results. 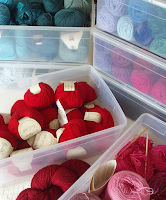 Organizing the Stash: The Result

A few months ago, I was wrestling with the eternal question: Why do I feel compelled to knit? What makes this particular fiber art so fasci... 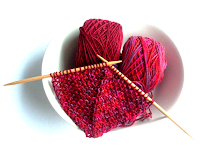