Under most circumstances, I'm a semi-monogamous knitter who prefers to limit the number of fiber projects active at any given time. My rules, such as they are, are pretty simple. I strive to have no more than three projects on the needles, ensure one is small and portable to grab and go, and focus and finish before launching a new project.

Lately, I've been ignoring these guidelines, and not only is it driving me crazy, it's time for a reality check. Last fall, I started a simple little cowl that should have been a fast finish, but I allowed myself to get distracted. There it sits, waiting for just a bit of time and attention to bring it to completion. (Update: Done!) 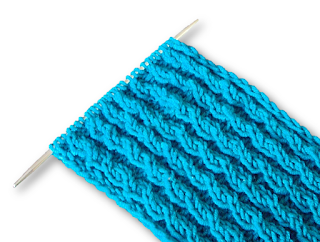 To complicate matters, I have another cowl and the better part of a full shawl sitting on the needles. I don't have a good overview shot, so we'll have to make-do with a picture of the swatch. 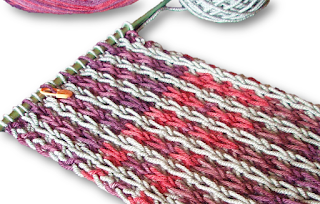 All would be well if that was my full project lineup, but it's not. There are three afghans in various WIP stages. Herlacyn Breeze is off the needles, but there are still a few ends to weave before it can be blocked. (Update: Done!) 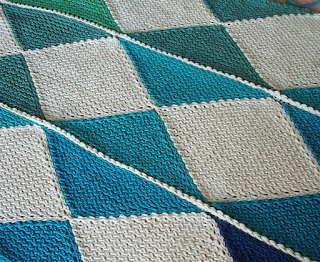 The Ohio Star afghan is seamed and ready for a border. (Update: The border is done. Next up: Weave ends and block.) 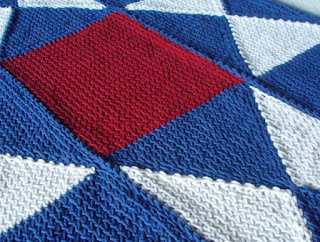 A third, unnamed afghan is also more than half done, but it's currently in timeout while I think about whether or not I like the overall effect. 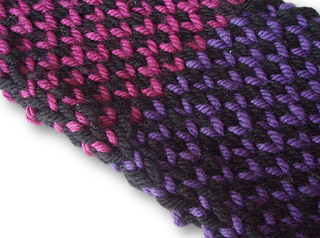 That's a total of six active projects, or twice as many as my ideal max. Nonetheless, I'm still itching to cast on another shawl and start putting this silky rainbow yarn to good use. 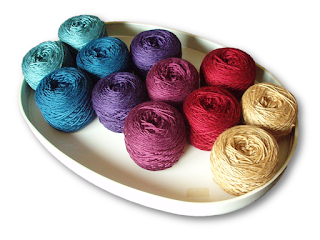 With all that in mind, let's make a deal. I'm going to stiffen my spine, do the grownup thing, and focus on turning these WIPs into finished objects. Once at least two of them are finished (or frogged), I can succumb to tempation and cast on the rainbow shawl. What do you think, does that sound fair? 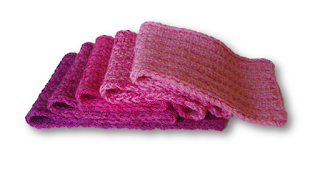